KMAX Black Edition: Here is how we have improved the Kmax microfibres

KMAX Black Edition: Here is how we have improved the Kmax microfibres

How do the Kmax Black Edition hair fibers differ from the other Kmax fibres? 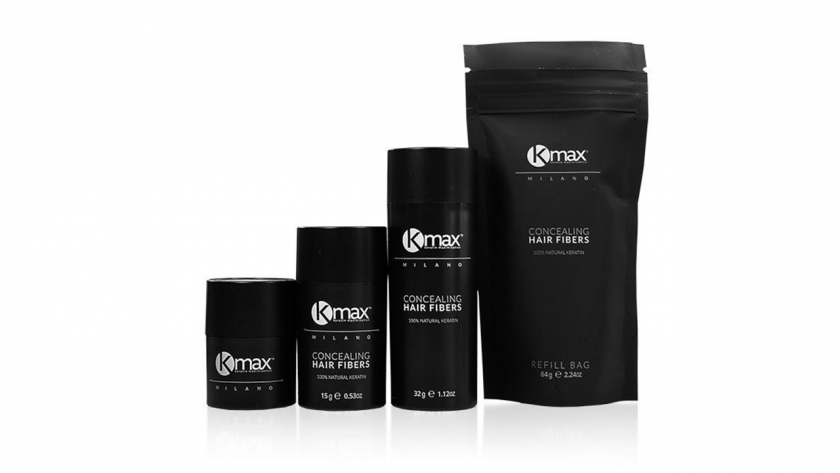 The new keratin microfibre line, Kmax Black Edition, was launched in June 2019. Since then, on the Kmax website you have been able to choose between two types of hair fibres: conventional fibres in silver packaging, and the fibres of the new line, Black Edition. In this article, we will explain the differences between the two versions and show you why soon you will no longer have to make a choice...

How do the Kmax Black Edition hair fibers differ from the other Kmax fibres?

When the news about the new hair keratin fibre line, Kmax Black Edition, spread, our customer service was literally inundated with phone calls. Many of the customers who had been using the Kmax microfibres on a daily basis for several years were alarmed. Everybody asked the same question.

“What! You are not going to change the Kmax fibres, aren’t you?!”

“…What if a different effect is produced?!“

“You haven’t introduced any chemical dyes, have you?”

Luckily enough, it was easy to reassure everybody. There is a very simple reason:

Good news for everybody, then.

The formula, the colours as the origin of the ingredients are just the same as before. Indeed, the success of the Kmax hair microfibres is derived from its one-of-a-kind formula, which is totally free from chemicals.

No compromise between appearance and health: every day a really safe product comes into close contact with your skin.

This was, and still is, the main strength of the Kmax keratin fibres.

That is why we are unlikely to change the formula of our microfibres.

Now you will be asking yourself:

If the keratin fibres are the same, what is different?

Perhaps the packaging has changed, hasn’t it?

Kmax developed new bottles and changed the formats with a view to improving the application of its extremely precious fibres.

We asked ourselves: “How can we improve a product which has already proved so popular?”
So, we made up our minds. We would improve the application of the microfibres.

Here is one main reason why we have changed.

But there is one more reason as well.

We decided to give the bottles a new appearance, to mark a major achievement in our history: Kmax’s 15th anniversary.

Now you know all the reasons why the Kmax Black Edition line has been launched.

It is then time to find out how we have managed to improve the application of the Kmax hair keratin powder.

Why are the Black Edition bottles better?

Here is a list of the improvements we have made:

Improved hold. The Black Edition bottles are a few millimetres smaller in diameter than the silver bottles. This means an easier, safer hold, especially for the hands of the thousands of women who use the Kmax fibres every morning before going out.

No waste. The Black Edition bottles are provided with threaded caps, whereas the traditional silver bottles have pressure caps. Hence, to open the new bottles, you have to unscrew the cap, without pulling it to yourself. This small change will allow you to avoid wasting any fibre while opening the bottle.

Easier styling with a free hand. The spray applicators of the new bottles look totally different.
Why? With the new applicators, you can spray the fibres with one hand, and move the hair or use the Finishing Comb with the other. This is not possible with the classic pump applicator of the silver bottles.

Caution. The diameter of the bottles has changed; therefore, the Black Edition spray applicator is not compatible with the traditional silver bottles and vice versa.

And what about the price?

Changing the formats and the design of the bottles has involved the need to adjust the prices.

Let us see which formats are better value in the Black Edition line.

The difference in the price per gram between the two versions is really small. However, the most attentive customers may have noticed that the TRY ME Black Edition format has the same price as the same format of the silver version, although its fibre content is almost twice as much!

We also wanted to make the REFILL format better value. With the new REFILL Black Edition format, you will save 1 € every 100 g compared to the same format of the silver version.

With the new Black Edition version, the Kmax fibres are the same usual ones:
Top quality - 100% Italian made – No chemical ingredients.
Nevertheless, the bottles have changed, in the appearance as in the essence. They are easier to use and are particularly good value in the TRY ME and REFILL formats.

Now you know everything, really everything about the new Kmax Black Edition line.

There is still one thing you need to know.

Soon you will no longer have to choose between the two versions. Let us explain why.

There is a very simple reason.

And that is no surprise… but who would have expected it to be so simple?

Let us cut the story short.

The Black Edition line has proved a real success.

We at Kmax have welcomed the outstanding results with enormous pleasure and, above all, with a thought:
Focusing on quality has paid off, again.
It is with this awareness that we have made a decision.

The traditional silver bottles will no longer be produced; they will only be available while stocks last.

The keratin fibres by Kmax will finally keep the Black Edition appearance.

Hence, if, on the website, you cannot find some colours in the silver version, do not worry.
You can purchase your usual Kmax colour and fibres in the Black Edition bottles.

Trust our word: you will not regret it. 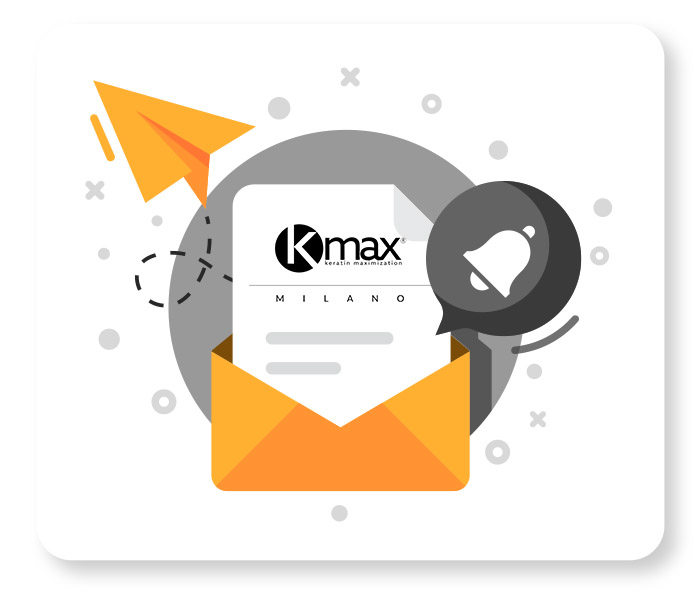 Subscribe to our newsletter to stay updated on the exclusive discounts reserved for our members!


(*discount valid on a minimum order of 30 euros, expiring after 30 days of this inscription and valid for a single purchase)